The data that you use has to come from somewhere. For most common applications, the data exists already; but the more particular and specialized the project, the less likely it is that the data will already be available. In such cases, you'll need to create your own new data.

The goal for this lesson: To create a new vector dataset.

Before you can add new vector data, you need a vector dataset to add it to. In our case, you'll begin by creating new data entirely, rather than editing an existing dataset. Therefore, you'll need to define your own new dataset first.

You'll need to open the New Vector Layer dialogue that will allow you to define a new layer.

You'll be presented with the following dialogue: 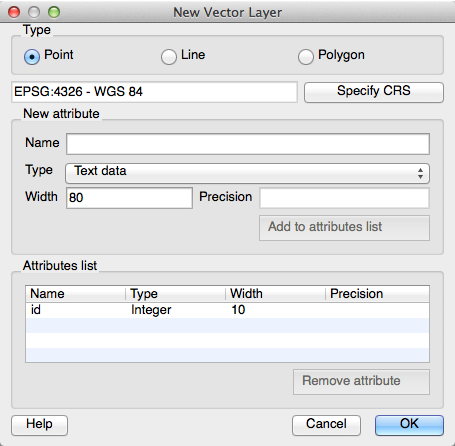 It's important to decide which kind of dataset you want at this stage. Each different vector layer type is "built differently" in the background, so once you've created the layer, you can't change its type.

For the next exercise, we're going to be creating new features which describe areas. For such features, you'll need to create a polygon dataset.

This has no impact on the rest of the dialogue, but it will cause the correct type of geometry to be used when the vector dataset is created.

Next there is a collection of fields grouped under New attribute. By default, a new layer has only one attribute, the id field (which you should see in the Attributes list) below. However, in order for the data you create to be useful, you actually need to say something about the features you'll be creating in this new layer! For our current purposes, it will be enough to add one field called name. 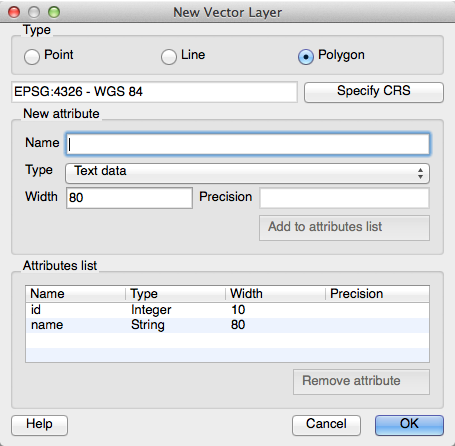 The new layer should appear in your Layers list.

When you create new data, it obviously has to be about objects that really exist on the ground. Therefore, you'll need to get your information from somewhere.

There are many different ways to obtain data about objects. For example, you could use a GPS to capture points in the real world, then import the data into QGS afterwards. Or you could survey points using a theodolite, and enter the coordinates manually to create new features. Or you could use the digitizing process to trace objects off of remote sensing data, such as satellite imagery or aerial photography.

For our example, you'll be using the digitizing approach. Sample raster datasets are provided, so you'll need to import them as necessary. 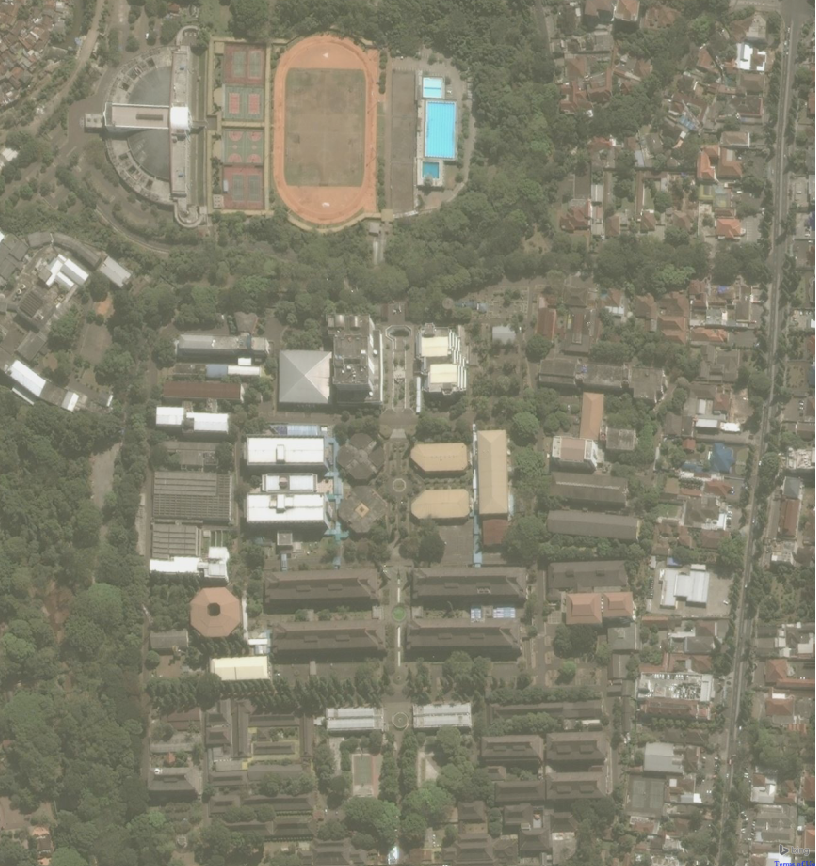 You'll be digitizing these three fields: 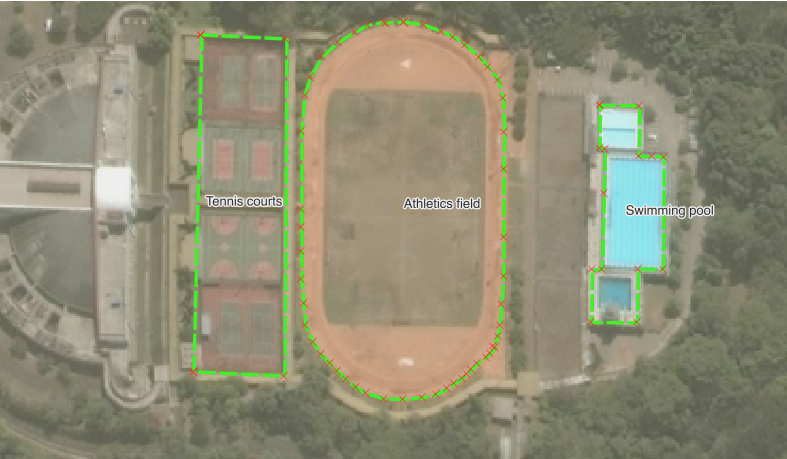 In order to begin digitizing, you'll need to enter edit mode. GIS software commonly requires this to prevent you from accidentally editing or deleting important data. Edit mode is switched on or off individually for each layer.

To enter edit mode for the university_property layer:

If you can't find this button, check that the Digitizing toolbar is enabled. There should be a check mark next to the View

As soon as you are in edit mode, you'll see the digitizing tools are now active:

From left to right on the image above, they are:

You want to add a new feature.

You'll notice that your mouse cursor has become a crosshair. This allows you to more accurately place the points you'll be digitizing. Remember that even as you're using the digitizing tool, you can zoom in and out on your map by rolling the mouse wheel, and you can pan around by holding down the mouse wheel and dragging around in the map.

The first feature you'll be digitizing is the tennis courts: 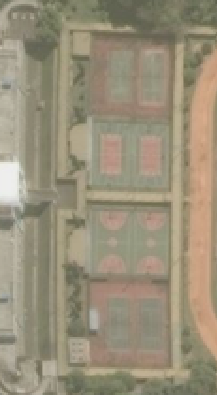 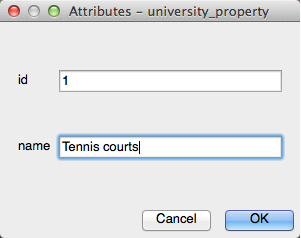 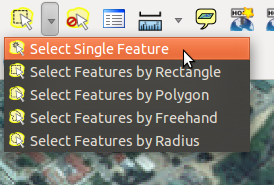 Remember that each new feature needs to have a unique id value.

Note: When you're done adding features to a layer, remember to save your edits and then exit edit mode.

This lesson has shown you how to create new features in your dataset. This course doesn't cover adding point features, because that's not really necessary now you have worked with more complicated features (lines and polygons). Adding point features works exactly the same, except that you only click once where you want the point to be, give it attributes as usual, and then the feature is created.

Knowing how to digitize is important because it's a very common activity in GIS programs.

Now that you have been introduced to vector data creation, you can learn how to analyze this data to solve problems. That is the topic of the next module.